Whether we are talking about a big hotel or a small school, a new factory or an old house: when a building needs to meet or exceed modern energy-saving standards Knauf Insulation has a solution. Diagonal 2H from Knauf Insulation is an innovative system that changes the shape of traditional insulation frames, improving accuracy and simplicity without compromising on standards or aesthetics.

Diagonal 2H takes its name from two young inventors called Honza (Jan in Czech). Originally a Czech project, Diagonal 2H is already being rolled out in Belgium, Slovakia, Romania, Bulgaria and Slovenia - and has the potential to be used all around the world, say Project Specialist Jan Juhás, Regional Innovation Manager (Eastern Europe and Middle East) Milan Pokrivčák, and Application Manager Štěpán Lášek, all with Knauf Insulation.

“Whatever kind of building you have, old or new, it doesn’t matter. Whatever people can imagine works with this solution. That is what’s so great about Knauf Insulation’s Diagonal 2H ventilated system,” says Jan, one of the two project designers along with Jan Kurc. The two Honzas came up with the idea with Milan over coffee breaks in 2014, when Jan Juhás had just joined Knauf Insulation.

A new way of insulating

Unlike a traditional frame, in which insulation is anchored to the building surface with orthogonal, perpendicular anchors, Diagonal 2H as its name suggests uses slight profiled steel strips inserted diagonally for insulation create a “diagonal” or "V profile.” This creates a kind of spider’s web holding all materials together which can be draped over and affixed to almost any type of building, and into which insulation can easily be cut and fitted.

This means large, old buildings are at least as well suited to Diagonal 2H as are more narrow, smooth concrete new constructions. The system was originally developed with a focus on tackling the issue of energy-draining thermal bridges, also known as heat bridges or cold bridges: the uninsulated areas of a building where heat can leak out, such as roof to wall ‘junction’ points. 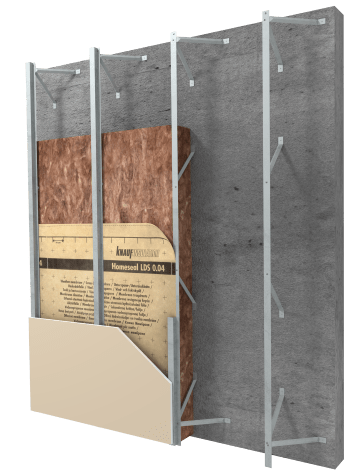 Thermal bridges can be a particular problem in old buildings, which were rarely if ever built with energy efficiency in mind.

“One of the USPs of our system is there is almost no thermal bridging, compared to other systems,” says Milan. “This is why we have diagonals and this is a radical change.” The diagonals mean that “we optimised the thermal flows through this thermal bridging, and we put very good thermal insulation in-between,” says Jan.

Diagonal 2H is made from thin but cold pressed metal, which also creates a high mechanical performance, the team explain. “With Diagonal 2H, architects can achieve the insulation essentials of thermal efficiency and precise wind barrier, using glass mineral wool (GMW). We use proper ECOSE GMW insulation as standard, because it is flexible and can perfectly fit all cavity insulation panels and a metal frame. The exact space between anchors can be calculated precisely by angling the diagonal element, which is manually bent and connected with the L profile orthogonal vertical bars. Insulation can be applied in one layer – from 60 to 240 mm, with no overlap. And because the insulation does not itself have to be glued to the wall but is held in place by the diagonal profile “web,” even a poor quality wall surface can be perfectly insulated with Diagonal 2H.”

Making the most of every aspect

Diagonal 2H is “very adaptable” to different surfaces, explains Milan. As with traditional aluminium anchors systems, “Diagonal 2H can be used on new builds, which are protected by concrete and so on. But some of our best performances can be seen with the refurbishment of old houses, because it doesn’t matter how flat the surface is. We are like Spiderman: this is a spider web hanging on the surface.”

“The Diagonal 2H ventilated system can easily rectify rough, old walls on building reconstructions,” agrees Stepan. Like Milan, he says this ability to manage uneven, even bad surfaces is one of the most important aspects of the system.

The larger surface of old buildings, which could make them harder to insulate because of the greater surface envelope for heat to leaks through, can actually be an advantage for Diagonal 2H, says Jan. “The basic prerequisite is to have something behind this frame, the substrate. On the whole, old houses are not narrow and can sometimes better be covered by an adaptable, hanging system.” If a section of wall later breaks, the affected area can simply be fixed without jeopardising the whole insulation system “We say: let’s fix the diagonals,” he explains. As Stepan puts it, another unique feature of Diagonal 2H is that “The diagonal facade supports future retrofitting. We can keep the construction and replace the insulation section and outer skin.”

This means the Diagonal 2H system can be completely disassembled into primary elements. Furthermore, to reduce waste in a circular economy, the elements can then be reprocessed, returning to the material loop.

Steel itself as a raw material is non degradable when in a dry place, as it is in the facade envelope – pointing to another core advantage of the Diagonal 2H ventilated system: its resilience to the weather. “No wet processes are necessary for diagonal, so works can be done even in winter times,” says Stepan. Jan and Milan point to installation work done in Belgium at temperatures of minus 9C.

Moisture doesn't go directly to the insulation in the ventilated system with watertight membrane. A 3cm air gap between the membrane and final cladding means the air is close enough to dry the substrate, Milan explains. “So it's perfect for summer heat and works very, very, very well in winter because it always dried up the substrate.”

Importantly, the benefits of Diagonal 2H in terms of thermal efficiency and adaptability do not come at the expense of aesthetics. “The look of facade is not limited,” Stepan says. “We can use whatever facade cladding for diagonal construction.” Jan agrees that the material uses to complete the exterior surface of a building insulated with this system “could be whatever people can buy, whatever they want to look at. So there’s a lot of freedom for the aesthetic look at the end of the project as well.” The system also operates around windows, doors and other details, whether decorative or functional.

For architects, for schools, for everybody

None of these benefits are usual, when it comes to building insulation systems, but they are what architects look for, the Diagonal 2H team says.

As examples of buildings already using Diagonal 2H, the team point to homes in Belgium, in Halle, where a successful market is already underway. In Slovenia work has begun on renovating houses, while in Bulgaria projects for a hotel and an architects’ university are being prepared. Pilot projects and completed buildings can also be seen in Romania and Slovakia.

Offices, schools, fire stations, hotels, and kindergartens are all being considered as next steps in EU countries, with the only limitation today being human resources, which are for now small for a relatively new project.

The team say the system, which first saw life over a Czech coffee in 2014, is ready to be rolled out to the rest of Europe, and beyond. America, Australia, and China are all markets ready for Diagonal 2H, they say, reflecting on where the system should go next.

“When we see our system, this is like one big project for everybody. It's perfect. It's fast, it's easy, and it's competitive,” Milan concludes. 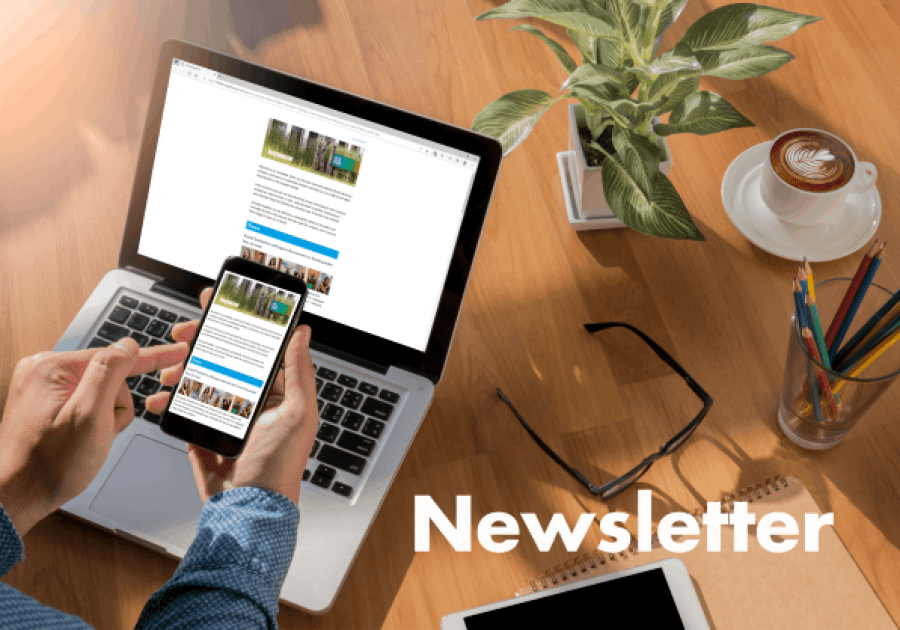 Click here to subscribe to our newsletter to make sure you don't miss any news from us! 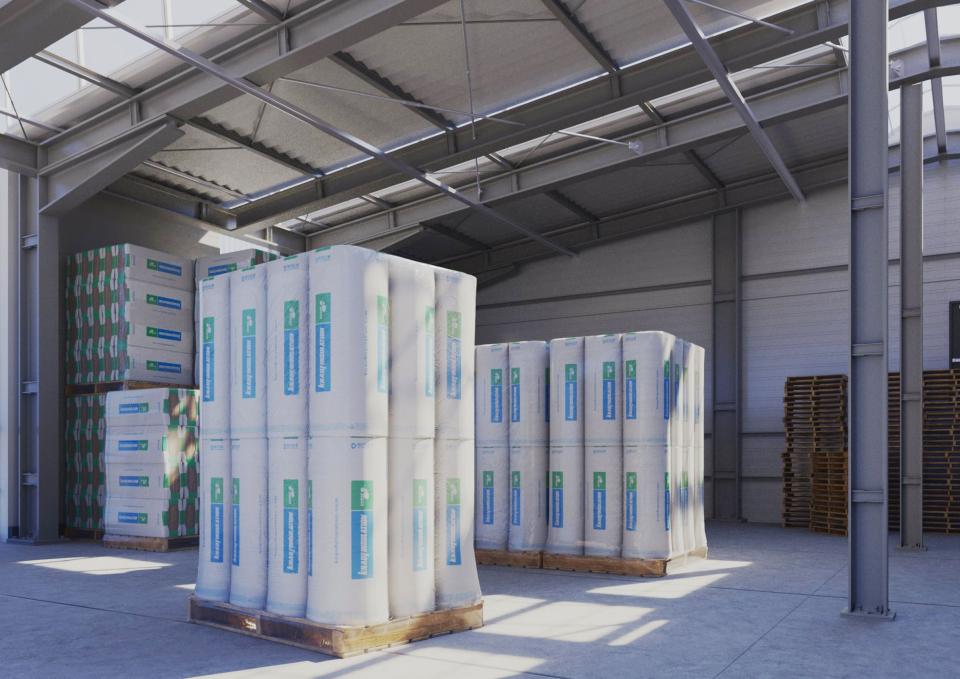 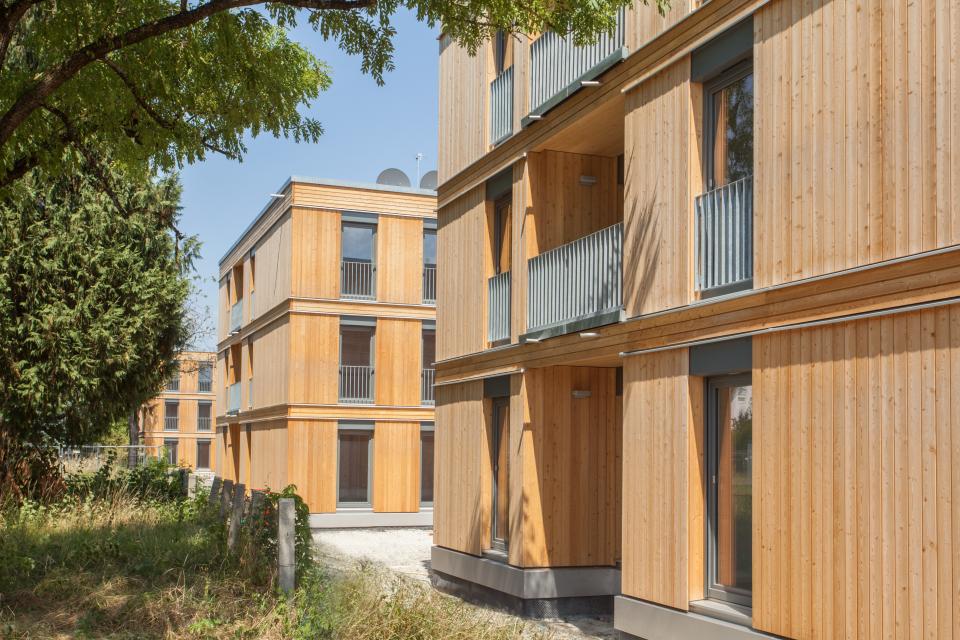