New solutions are needed to tackle the German housing crisis

The Knauf Group is supporting initiatives to tackle Germany’s housing crisis — ranging from prefabricated modular homes to the creation of new affordable apartments on existing rooftops.

Affordable urban housing is now a major issue in most countries with new United Nations research stating that the percentage of the world’s population living in urban areas will increase from 55% today to 68% by 2050.

In Germany that urban population percentage will be a staggering 84.3% by 2050.

The country has been feeling the pressure of unsustainable urbanisation for years. German property prices have soared by 60% since 2010 and rents have doubled from 2008 as increasing numbers of people move to cities and put even more demand on the limited housing supply available.

Christopher Dürr, head of our Berlin office says: “The German Federal Government has set itself a very ambitious target of 1.5 million new homes between 2017 and 2021. Unfortunately, only 300,000 are being built every year rather than the 375,000 needed to stay on target.”

So, how can Knauf Insulation and Knauf Gypsum help? We have joined with other leading construction companies and German policy-makers to examine a range of possible solutions.

For example, a recent study found that across Germany’s major cities an additional 1.1 million new lightweight apartments could be added to the top of 580,000 buildings.

“Such a move would not require expensive new building plots and would provide affordable, low-energy homes that could be easily integrated into existing residential blocks,” says Christopher. “There is also a vast amount of commercial space that is ripe for rooftop development ranging from garages to supermarkets.”

Knauf Insulation has also been examining the potential of providing modular or prefabricated affordable homes where sections can be built in manufacturing facilities before being transported to designated affordable home sites where they can be assembled in large numbers quickly and efficiently.

In addition, we are continuously communicating the financial benefits of energy efficiency measures. The German government recently launched the Baukindergeld central fund to grant eligible families money to buy or build their own modern house or flat.

“German households spend a huge amount of their income on housing costs, by making their homes more energy efficient they will make significant savings that will contribute to more sustainable urban living costs in the long term,” says Christopher. 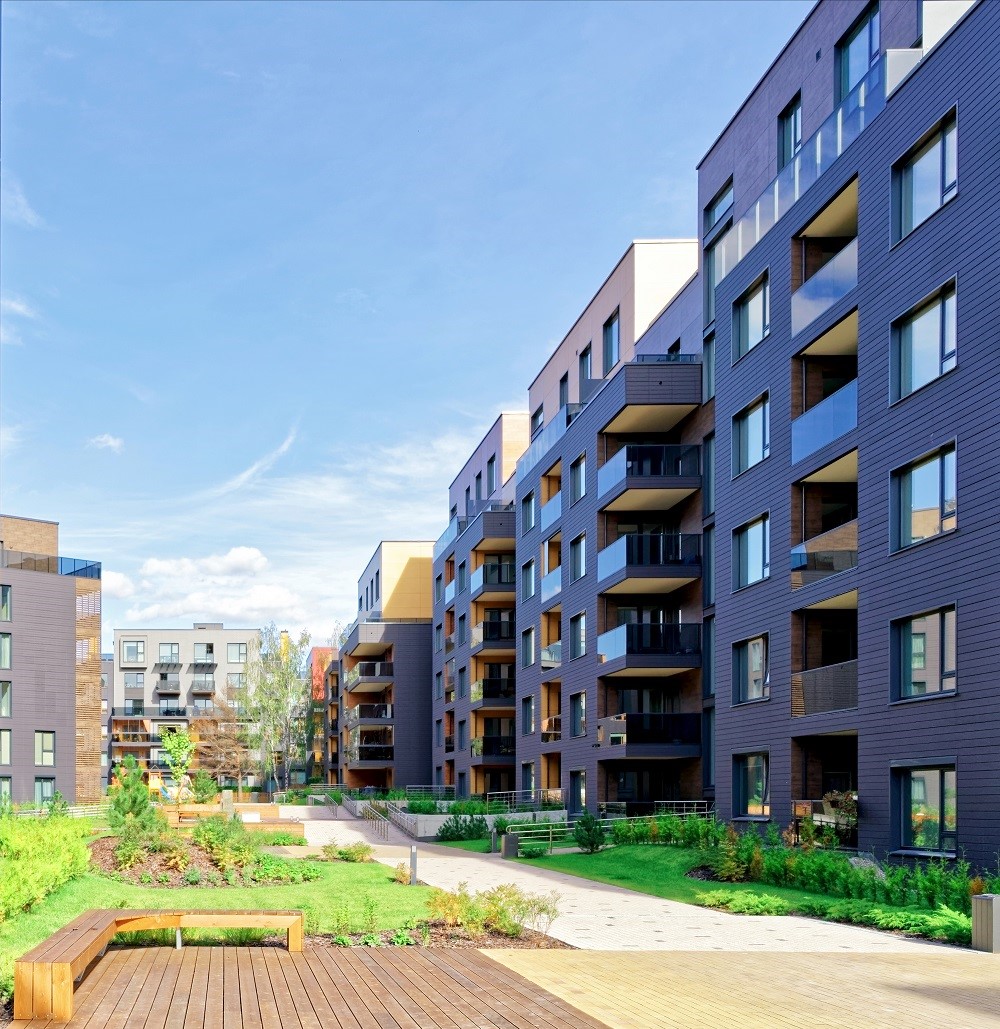 It is challenge recognised by a recent European Commission report which stated: “Access to affordable, energy-efficient housing is a challenge. Around 10% of households in the European Union spend over 40% of their income on housing costs.”

“As with other countries and cities around the world, affordable urban housing in Germany has become an era-defining issue,” says Christopher. “It is vital that we are part of the solution to make our urban environment more sustainable.”

It is sentiment echoed by the new United Nations population report which states: “To ensure the benefits of urbanisation are fully shared, policies to manage urban growth need to ensure access to infrastructure and social services for all, focusing on the needs of the urban poor and other vulnerable groups for housing, education, health care, work and a safe environment.”