Knauf Insulation delivers a truckload of benefits to customers

Knauf Insulation is driving an exciting new initiative to provide Dutch customers with truckloads of sustainable benefits by cutting the carbon footprint of our deliveries by 20%.

After four years of negotiations with the Belgian authorities, we have just been granted permission to use a double-trailer super-truck known as an ECO-COMBI to deliver our insulation solutions from our plant in Visé, Belgium, to customers across the Netherlands.

ECO-COMBI trucks are 25.25 metres long and can carry up to 60 tonnes or 30 pallets of our Glass Mineral Wool products compared to 20 pallets in a regular truck. This giant volume enables us to transport the same quantity of product but using 30% fewer trucks, reducing our carbon footprint by 20% per journey. 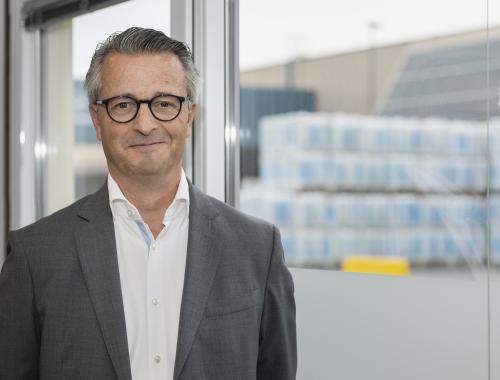 Kris Hofmans, our Supply Chain Director for Western Europe, says: “Our ambition is now to schedule a hundred ECO-COMBI truck loads between Belgium and the Netherlands in 2021.”

“Our Dutch customers really appreciate the fact that we are shrinking the carbon footprint of our transportation”, says Saskia Putter, our Sales Executive for the Netherlands. “ECO-COMBI trucks are common in the Netherlands, they are encouraged by the government because they are better for the environment and take more trucks off the road.”

In addition, there is a significant saving of time, less time to deliver more product and less time to unload.

In the Netherlands the authorisation process to operate an ECO-COMBI load is straightforward and the initiative is supported by the government. Warehouses tend to be conveniently close to highways and special maps are available to show approved roads for the mega loads.

In other countries, such as Belgium, ECO-COMBI trucks are not a common sight and not authorised to cross international borders. It was an irresistible challenge for Kris along with Saskia and Anthony Solitro, our Supply Chain Manager for Visé plant.

“We were working with different authorities — in the Walloon region of Belgium where Visé is based, the Flemish authorities on the Belgian border with the Netherlands and of course the Dutch authorities,” says Kris.

“Over the years we examined a range of haulers with the Belgium authorities. We also looked at a variety of alternative options such as using canal or rail transportation, but these could not deliver to our customers in time. They often require product within days.”

Eventually the initiative was given the green light for Dutch ECO-COMBI trucks — requiring documentation for each journey — and the first mega load to the Netherlands left Visé in October. The scheme is still being closely monitored by the Belgian authorities, but Kris is optimistic that ECO-COMBI loads will become more widespread.

“In Germany and France there are initial pilot schemes taking place and when ECO-COMBI trucks are given clearance in these countries, others will follow and at Knauf Insulation we will be ready.”

Discover what we are doing to achieve zero carbon