The 15th anniversary of our Krupka plant in Czechia is a celebration of entrepreneurship, ambition, record-breaking achievements and a ‘Put People First’ global family culture that inspires long-term loyalty.

Following endless start-up challenges, too many cheese sandwiches and a lot of second-hand furniture, Knauf Insulation’s first Glass Mineral Wool greenfield site was completed in record time, months ahead of schedule in 2006.

And, when the first products rolled off the production lines, the start-up team was rewarded with the full volume being sold-out within four months, paving the way for Knauf Insulation’s shortest plant payback ever.

Fifteen years later, many of the original customers are still with Knauf Insulation today, a large number of the 2006 production team continue to work at Krupka and those instrumental in the start-up — Dominique Bossan, Jan Brázda, Stuart Dunbar, David Ducarme, Lenka Hrubá, Valery Saparov and Radek Bedrna — are still with Knauf Insulation or within other divisions of the Knauf Group.

They may be in different positions in different countries, but all have fond memories of the team spirit and the entrepreneurial drive that ensured Krupka was a success from the beginning.

‘We were eager to conquer the world’

“When I look back to those exciting times, I recall a great sense of freedom and the spirit of pioneers. We were eager to conquer the world and strong believers we could make it a better place,” he says.

“Those early years highlight the core values of the Knauf Group, its entrepreneurial spirit, and the make-it-happen attitude that inhabited everyone involved in the project.”

Dominique also vividly recalls the gratefully received donation of second-hand furniture from the company’s Visé site to the start-up team’s new office in Teplice, executive meetings held at the local castle and recruitment interviews carried out in countryside cafés.

“The superior quality of the products made it then possible to change the game in the region, installing Knauf Insulation as the leading, premium brand it is today. Most of all, when I look back at the project, I see the people of the plant who made it happen, thanks to their pride, passion and commitment. You must be so very proud. Long live Krupka!”

‘Thanks for having the courage 15 years ago’

In 2005, Jan Brázda, a glass manufacturing veteran of 17 years, was appointed plant manager when the site was an empty 25-hectare plot in an industrial park. 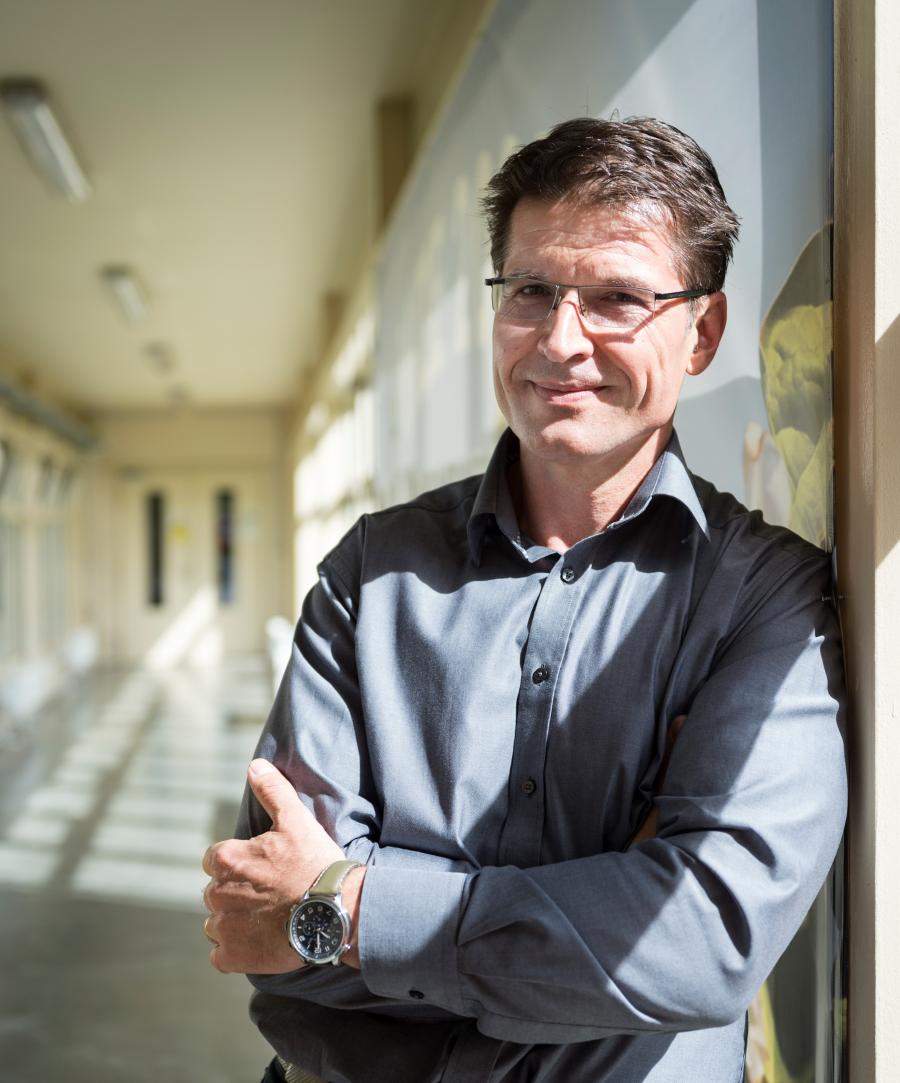 Now the plant is a Knauf Insulation legend in terms of safety records, profitability and production; and Jan remains the longest serving plant manager at Knauf Insulation, currently busy with further plant development.

He remembers assembling the 124-employee plant team by calling former colleagues and friends, who in turn gave calls to those who would be assets to the project.

“Working together and building a greenfield plant was the motivation and driving force. I want to thank all those for having the courage to join me 15 years ago,” says Jan.

The core team then spent six months away from their families at company’s Visé, Cwmbran and St Helens manufacturing sites learning how to make Glass Mineral Wool. The time was punctuated with Saturdays dedicated to translating English training manuals into Czech and a daily diet of ham, cheese, or ham and cheese sandwiches for lunch. “No exceptions,” remembers Jan.

In those early days there were plenty of challenges to navigate including earning the trust of the neighbouring community. “I remember Mr. Nikolaus Knauf at the time highlighting the importance of being a good neighbour, and from the beginning we worked closely with the community.”

Mayor of Krupka Zdeněk Matouš says: “Knauf Insulation was the first investor in our new Krupka industrial zone. Their massive investment with top-notch technology and unreal speed of construction really inspired other investors to come and join them. And if it wasn’t for Jan, a true Krupka patriot, who feels and sees the problems of Krupka, we could never have developed such broad and helpful mutual cooperation between the city and the plant.”

Olga Tušicová, a local journalist, adds: “I have been following Knauf Insulation since the site started 15 years ago and I can attest the company has fulfilled its promise to be a good neighbour. They have supported Arkadie, an organisation that works with handicapped children. They also run a grant programme for local charities every year which helps improve the lives of the elderly in nursing homes as well as supporting children in kindergartens and schools.”

Jan remains inspired by what he does. “I love our business model — turning glass waste into something positive, delivering thermal and acoustic comfort and lowering energy bills for our customers.”

The experience of being Marketing Manager at the time of Krupka’s launch a decade and a half ago has deeply informed Stuart Dunbar’s approach to being Managing Director of our Asia Pacific region.

There was also the satisfaction of proving the market wrong. “When Krupka was announced I remember other manufacturers telling the market that a large scale Glass Mineral Wool factory would not be viable.

“They were definitely proved wrong by a highly entrepreneurial team — we had the full volume sold out in four months. It was unprecedented and the direct result of the commitment shown by Krupka’s great management and people.”

Stuart’s personal memories remain vivid — particularly the occasion when Dominique’s family were reluctant video stars as a ‘typical Czech family’ for a marketing video — and he still enjoys returning to Prague, the city where his first daughter was born.

Today in addition to his responsibilities as APAC Managing Director, Stuart is working to ensure the success of our latest plant at Johor Bahru in Malaysia.

Also on the ground in Malaysia is Valery Saparov, our Engineering Manager at Central Engineering, who played a vital role in setting up operations in Krupka. Whenever Knauf Insulation invests in new capacity — from Europe to Asia — Valery is involved in the initial critical stages. In 2021 Valery was presented with a Knauf Insulation Leadership Award for his pioneering work. This is a well-deserved recognition and especially appreciated by Krupka team – for his support from the early days of the plant through the major upgrades and developments.

In 2006, as Group Technical Director David attended the opening of Krupka along with three members of the Knauf family, Nikolaus, Thies and Baldwin Knauf. 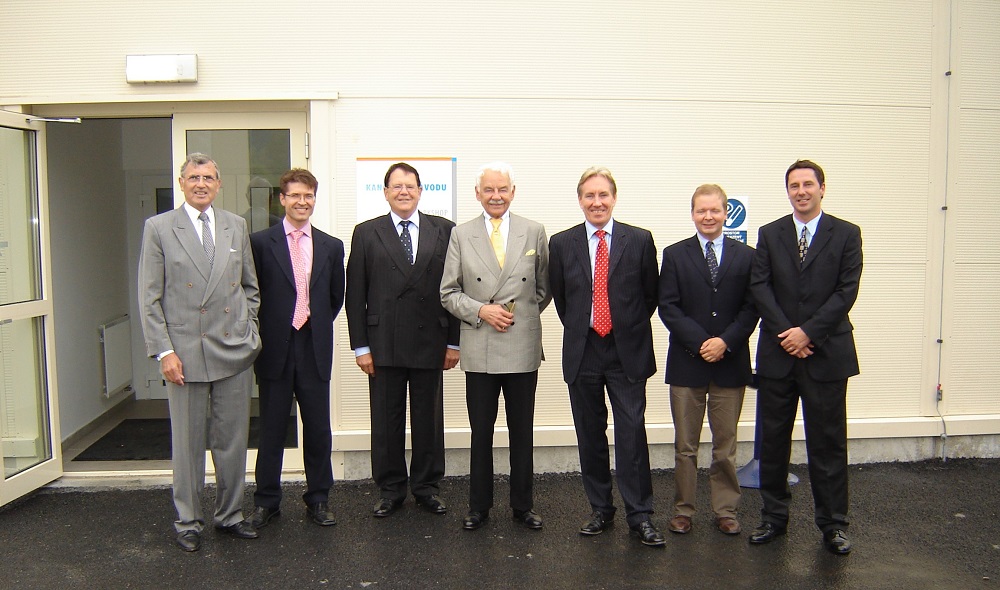 Today, like Valery and Stuart, David is actively involved in Johor. “Several people from Krupka’s production team are now helping our colleagues in Johor to start the new plant repaying the training they received 15 years ago from colleagues from other plants when Krupka was starting,” he says.

Meanwhile, Lenka Hrubá, Krupka’s Financial Director 15 years ago and the woman still in charge of finance today, believes the enthusiasm, ambition and entrepreneurial approach of the site’s founding team continues to drive its success today.

“We produce innovative quality products, we are a leading force in the market and we have excellent financial results. For 15 years we have continuously changed and moved forward with great positivity, attracting quality employees along the way.

“This is down to all the colleagues who were there at the start and all those who are still with us driving our improvements. I’m very glad that I took that step into the unknown 15 years ago.”

‘I remember Krupka with a smile’

Radek Bedrna is today our Managing Director of Eastern Europe & Middle East, in 2005 he was working for Knauf Gypsum in Prague.

“I remember the beginning of Knauf Insulation in Czechia in 2005 with a big smile. I was surprised to be told by a friend during football that he was their first employee. A few days later, Dominique and Stuart suddenly appeared in my office in Prague to say they were moving in with us too.

“So in the spirit of great improvisation, we hurriedly found a few offices next to the mortar house, assembled the furniture, and accommodated these two gentlemen and their entourage almost next to the plaster production line. 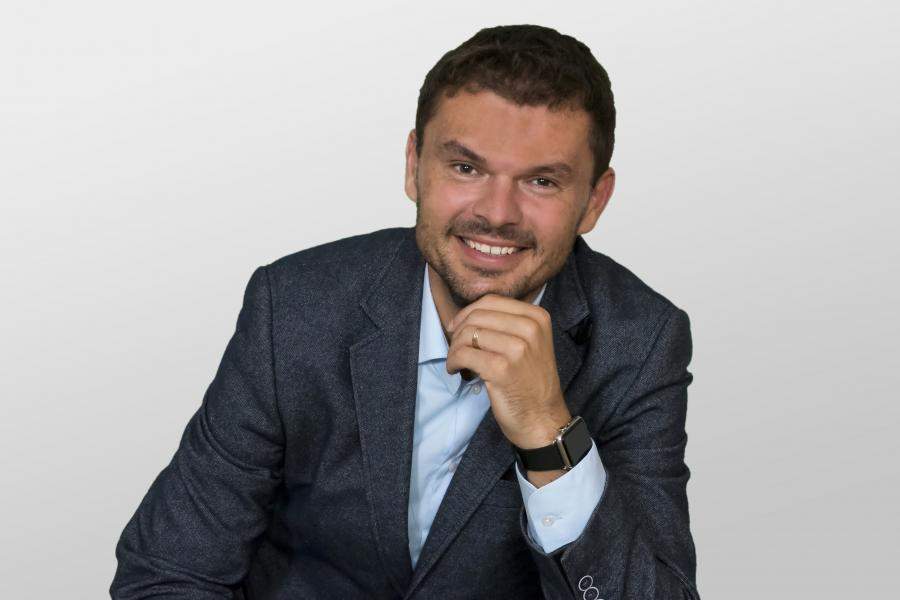 Discover more stories from our plants